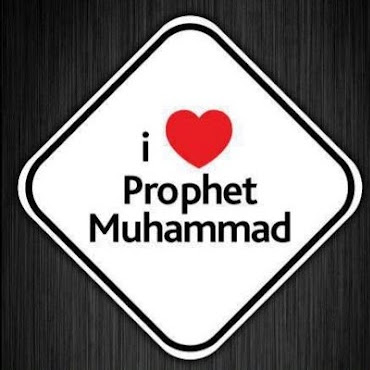 A Muslim in France originally posted this:

I was sitting in a coffee shop in France one day drinking coffee.

On the table next to me sat a bearded man looking at me.

I got up, sat by him and asked him,

He smiled and replied,

‘I am a Jordanian Jew. A Rabbi doing a PhD research on Islam.’

I asked, ‘What aspect of Islam are you doing your research on?’

He became ashamed then answered thoughtfully after a while,

‘I am researching the extremism in Muslims.’

I laughed out loud and asked, ‘Where have you got up to with your research?’

He sighed and said,

‘My research has been completed and I am now writing the paper.’

I asked, ‘What are the findings of your research?’

He sighed deeply, looked left and right, lowered his head and said,

‘After five years of continuous research, I have come to the conclusion that the Muslims love their Prophet more than Islam.

They tolerate all types of attacks on Islam but they do not tolerate any fingers being pointed towards their Prophet.’

This was a shocking answer for me. I lowered my coffee mug onto the table and sat up straight.

‘According to my research, whenever Muslims fight or rise up, the reason for it is the personage of their Prophet.

You may seize their mosques, destroy their governments, put limitations on the printing of the Quran or you may kill all of their families – they will tolerate all these things.

However, as soon as you take the name of their Prophet with an incorrect tone, they rise up.

Thereafter it will not matter whether you are a brave warrior or Firawn,  they will clash with you.’

I stared at him in amazement. He said,

Therefore if you want to finish Islam, you have to take out the Prophet from the heart of the Muslims.’

With that he put down his coffee mug, picked up his bag, placed it on his shoulder,  greeted me and left.

But I remained shaken.

I considered the Jewish Rabbi to be my benefactor because before meeting him I was a Muslim by name only but in a few sentences he had explained Islam to me.

I realised that the love of Rasulullah (Sallahu alaihi Wassalamu) was the spirit of Islam and as long as this spirit was alive, Islam was alive.

The day this spirit dies then there will no longer remain any difference between us,  Christians and Jews.”

Powerful Sufi Zikr for All Problems